What I learned from Horse Leadership 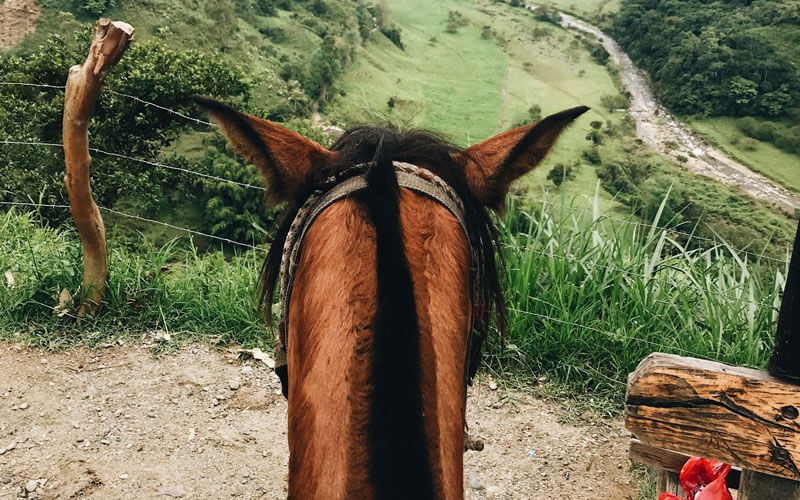 What I learned from Horse Leadership.
A couple of weeks ago I headed down this old highway headed to an event hosted by a business organization I’m a part of. We were going to a place called EQ Insight. It is a ranch that teaches modern leaders about their leadership style. And learn this, from a horse.

That is all the context I had. Other than someone I respect had already done it, and he highly recommended it. That’s all I needed to hear– I was in. So I drive to this place in the morning, I have a cup of coffee in hand, I’m streaming a podcast, and I’m getting geared up to learn about my leadership style. I don’t have much experience with horses. I briefly lived on a farm where horses existed, but my involvement was simply to play on the fences that surrounded them.

So I intently watched several people do the exercise before me, they had to lead the horse through some obstacles while creating a whole lot of distractions. I watched, I thought I saw how I needed to do it– and I was ready.

No hesitation I was eager to demonstrate that I was an effective leader. If you can’t tell already, I was in for a reality check. Finally, it was my turn. The horse was massive, especially being around several of them at a time, but I was showing no fear, grabbed the lead– I got this. I confidently walked up, the horse could feel me, knew I was there for business, and the horse immediately followed right along– sweet victory– he was doing exactly what I wanted him to do. I was leading him. I had succeeded in the exercise. Mission accomplished. But then, the facilitators started yelling from the sidelines. Apparently, I wasn’t doing it well. At least not as well as I could have.

Was I leading the horse? Yes, the horse was following me. But the other thing I was doing, that I hadn’t even realized I was doing was– I had my shoulders were thrown back, head held high, but… I kept looking back at the horse. And when I would do this, I would lose momentum. “Horse are you okay? Horse do you need something? A snack, piece of hay, a flank rub?”

You see I was not just doing my work and leading, I was also doing part of the horse’s work. And even when the facilitators were telling me “April– stop looking at the horse!” I couldn’t stop. I kept looking back at the damn horse. I found myself thinking “but I’m moving ahead at a good clip. I’m leading! Why are they saying I’m doing it wrong, I don’t understand”. But though I was moving at a good clip, and though I was leading the horse, I was not leading the horse as fast, or as effective as I could be, and I was sure as heck creating more work for myself.

Let the horse do its job, and you do yours! Where else was this showing up in my life? Where else was I doing my job, leading my team or my project, but not moving as fast as I could, because I was also shouldering someone else’s load?