What is the Story You are Telling Yourself? 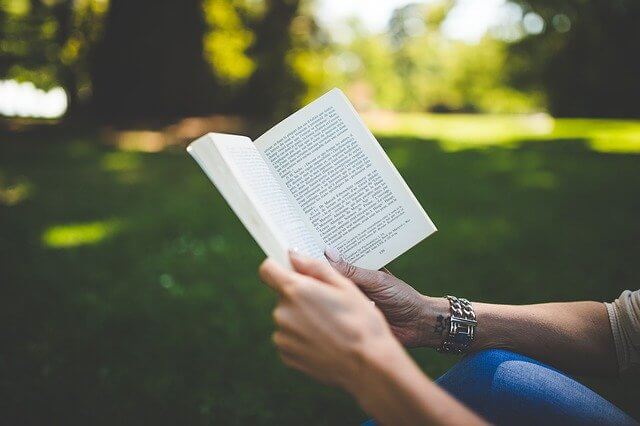 I’m a momma, right? So, I’ve definitely told my fair share of bedtime stories. “Once upon a time, in a far away land…” For my kids, these stories are fun and entertaining. But, they’re also a way that they learn different values and lessons. Good triumphs over evil. Everything works out in the end. You know, those cliches. So, I am really intentional about the stories I tell my kids. Because stories stick with us. They engage the parts of our brain that remember. They bury deep into our subconsciousness.

Sometimes, people think they grow out of storytime when they’re kids. But, that’s not true. Even as adults, we’re telling ourselves stories all the time—many of them– are about ourselves. Sometimes it’s about a tragic event that happened in our past, something painful, but we tell ourselves a story around it, and that’s where the real damage can occur. Because we can hurt ourselves with the story we assign it. Often, It’s not about what happened. It’s about the story we tell ourselves about what happened.

I went to a Tony Robbins’ seminar: Date with Destiny, where he told this story about two soldiers who fought in Vietnam and saw their friend shot in front of them. Now, these were two totally different men, but at first, the seminar organizers thought they were the same person. The events in their past were SO SIMILAR.

They had never even met, but their circumstances were exactly the same. But here is where they differed. Afterward, one of the soldiers who had tragically seen his friend killed right before his eyes, he believed that you shouldn’t love others because it hurts too much. He was sad, depressed and didn’t make strong connections in life, because he believed the stronger the connections the more it hurts when you lose them.

The second soldier, exact same event, took away a very different meaning. He made a conscious choice, to have a great life and he did. He loved passionately, had great family and business. Because the meaning he assigned to the event, the event of watching his friend die in front of him, was different—that life was precious and not to be wasted.

Here’s another example of two people having an identical event occur in their lives but told themselves a different story. There were twin sons whose father lost his job. He became desperate. The father robbed a convenience store, and in the heat of the moment, accidentally shot the clerk. He was in prison for his whole life. But, the two sons of this man couldn’t be more different in how they handled that event.

Shockingly, one son repeated the exact crime again in the future and went to prison. The other son? Happy family man, and became the vice president of a company. Radically different outcomes.

The meaning they took from the same event was so different. One lived a life of crime and repeated history and became his father, while the other completely changed the trajectory of his life so that he didn’t become his father.

For both the soldiers and the twins, the event that occurred in the past never changed. But once they changed the story around the event, their experience of it changed. They no longer felt hamstrung by the event. Because ultimately, we are not a past. We are not our childhoods. We are not the tragic events that may have occurred. We are the stories we tell ourselves about the event.

You see– this is at the very heart of my belief– and my message on this podcast — this is what I stand for most– CHANGE YOUR STORY, AND YOU WILL CHANGE YOUR LIFE! There are thousands of examples of that, I have helped facilitate in SO MANY people, and — I did it repeatedly in my own life. Believe me– if you knew a younger version of April– you would be shocked. Let’s just say I wasn’t voted most likely to succeed. But I was struggling. Struggling with events that had occurred, though really what I was struggling with? Was the story I was telling myself about those events. Now I just chose a different story, and I have a very different life.

So, what are you telling you about you?